Many spam trends are cyclical: Spammers tend to switch tactics when one method of hijacking your time and attention stops working. But periodically they circle back to old tricks, and few spam trends are as perennial as calendar spam, in which invitations to click on dodgy links show up unbidden in your digital calendar application from Apple, Google and Microsoft. Here’s a brief primer on what you can do about it. 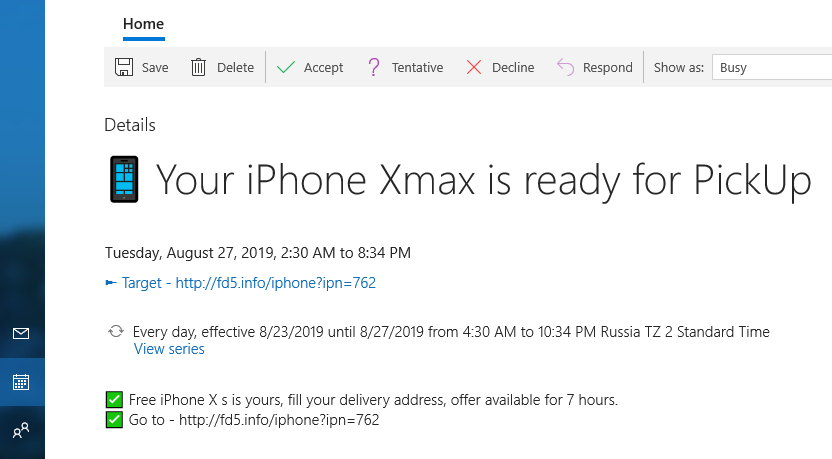 Over the past few weeks, a good number of readers have written in to say they feared their calendar app or email account was hacked after noticing a spammy event had been added to their calendars.

The truth is, all that a spammer needs to add an unwelcome appointment to your calendar is the email address tied to your calendar account. That’s because the calendar applications from Apple, Google and Microsoft are set by default to accept calendar invites from anyone.

Fortunately, the are a few simple steps you can take that should help minimize this nuisance. To stop events from being automatically added to your Google calendar:

-Open the Calendar application, and click the gear icon to get to the Calendar Settings page.
-Under “Event Settings,” change the default setting to “No, only show invitations to which I have responded.”

To prevent events from automatically being added to your Microsoft Outlook calendar, click the gear icon in the upper right corner of Outlook to open the settings menu, and then scroll down and select “View all Outlook settings.” From there:

-Click “Calendar,” then “Events from email.”
-Change the default setting for each type of reservation settings to “Only show event summaries in email.” 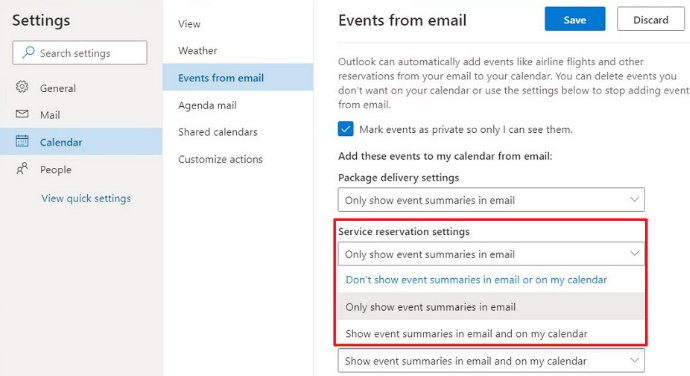 -Click the gear icon in the lower left corner of the Calendar application, and select “Preferences.”
-Click the “Advanced” tab at the top of the box that appears.
-Change the default setting to “Email to [your email here].” 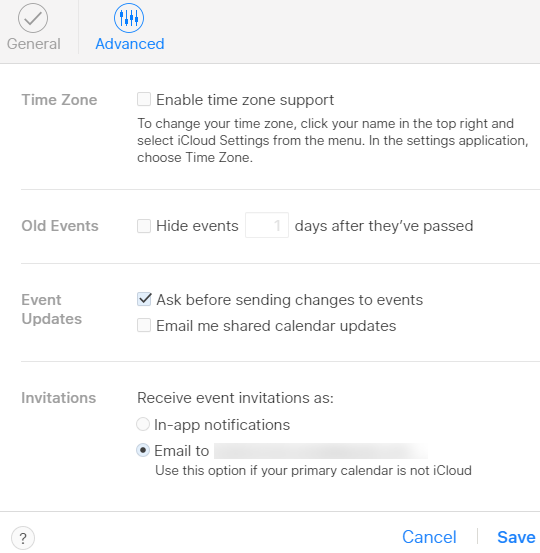 Making these changes will mean that any events your email provider previously added to your calendar automatically by scanning your inbox for certain types of messages from common events — such as making hotel, dining, plane or train reservations, or paying recurring bills — may no longer be added for you. Spammy calendar invitations may still show up via email; in the event they do, make sure to mark the missives as spam.

by Krebs on Security

by RAVIE LAKSHMANAN — 3 days ago in SECURITY

It’s already getting tough to discern real text from fake, genuine video from deepfake. Now, it appears that use of fake voice tech is on the rise too.

That’s according to the Wall Street Journal, which reported the first ever case of AI-based voice fraud — aka vishing (short for “voice phishing”) — that cost a company $243,000.

In a sign that audio deepfakes are becoming eerily accurate, criminals sought the help of commercially available voice-generating AI software to impersonate the boss of a German parent company that owns a UK-based energy firm.

They then tricked the latter’s chief executive into urgently wiring said funds to a Hungarian supplier in an hour, with guarantees that the transfer would be reimbursed immediately.

The company CEO, hearing the familiar slight German accent and voice patterns of his boss, is said to have suspected nothing, the report said.

But not only was the money not reimbursed, the fraudsters posed as the German CEO to ask for another urgent money transfer. This time, however, the British CEO refused to make the payment.

As it turns out, the funds the CEO transferred to Hungary were eventually moved to Mexico and other locations. Authorities are yet to determine the culprits behind the cybercrime operation.

The firm was insured by Euler Hermes Group, which covered the entire cost of the payment. The incident supposedly happened in March, and the names of the company and the parties involved were not disclosed, citing ongoing investigation.

AI-based impersonation attacks are just the beginning of what could be major headaches for businesses and organizations in the future.

In this case, the voice-generation software was able to successfully imitate the German CEO’s voice. But it’s unlikely to remain an isolated case of a crime perpetrated using AI.

On the contrary, they are only bound to increase in frequency if social engineering attacks of this nature prove to be successful.

As the tools to mimic voices become more realistic, so is the likelihood of criminals using them to their advantage. By feigning identities on the phone, it makes it easy for a threat actor to access information that’s otherwise private and exploit it for ulterior motives.

Back in July, Israel National Cyber Directorate issued warning of a “new type of cyber attack” that leverages AI technology to impersonate senior enterprise executives, including instructing employees to perform transactions such as money transfers and other malicious activity on the network.

The fact that an AI-related crime of this precise nature has already claimed its first victim in the wild should be a cause for concern, as it complicates matters for businesses that are ill-equipped to detect them.

Last year, Pindrop — a cybersecurity firm that designs anti-fraud voice software — reported a 350 percent jump in voice fraud from 2013 through 2017, with 1 in 638 calls reported to be synthetically created.

To safeguard companies from the economic and reputational fallout, it’s crucial that “voice” instructions are verified via a follow-up email or other alternative means.

The rise of AI-based tools has its upsides and downsides. On one hand, it gives room for exploration and creativity. On the other hand, it also allows for crime, deception, and nearly (unfortunately) damn competent fraud.